Foreign buyers know how to find Dutch IT parties

The merger and acquisition (M&A) market within the IT sector can look back on two top years: 2017 was a historic record year and 2018 did not do much for it. Sustained low international interest rates, low profitable and uncertain investment alternatives (real estate and turbulent stock markets) ensured sustained funding and interest among strategists and private equity.

Now that the year 2019 is going towards the end of the first quarter, drs Rik H.J. Stikkelbroeck, managing partner of M & A firm Hogenhouck, looks ahead to the rest of the year.

Was the number and type of acquisitions in the IT market in 2018 in line with your expectations?

“The pace at which acquisitions took place in the Dutch IT market in 2018 exceeded my expectations. It went especially fast in the hosting market. The pace and willingness to buy, especially of private equity in that sector, turned out to be very high. In addition to Sentia/Waterland, an active private equity party that has been active in the hosting market for several years, a serious party joined SI (Strikwerda Investments) this year with the takeover of YourHosting. Under the new name TWS (Total Webhosting Solutions) YourHosting will make further acquisitions in 2019 and 2020, with Sentia and Waterland preparing for an exit. With that explanation, my answer is ‘yes, even ahead of schedule’. “

Which IT verticals are in your view high on the list to be consolidated faster?

“In previous interviews I indicated that I expect little more consolidation in the Dutch IT hardware market. Medium to large players, such as our Infotheek Group relationship, have made their acquisitions in this area. Examples include the acquisitions of Central Point and Scholten Awater (both acquisitions in 2017 accompanied by Hogenhouck) and the sale of VCD to Vinci and Vincere Groep to Dustin in 2018. A single foreign player will still make acquisitions in this market (major players such as a Also, Avnet, Dustin, Arrow or Ingram) and take over existing large parties if the money multiple is interesting enough. 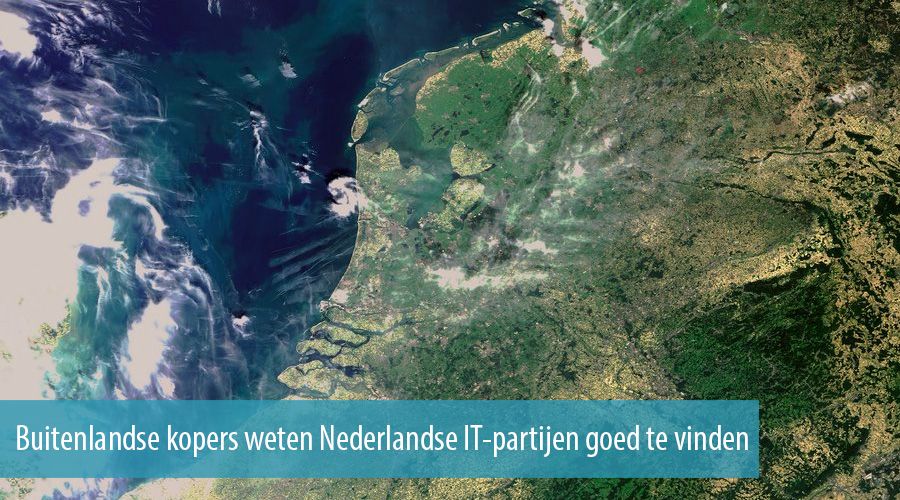 “For smaller independent hardware parties it is now or never. The number of independent players of some size is very limited and their chances of growing autonomously in a price-fighting market are similar. The verticals where consolidation will accelerate in size and number are the markets for software, managed services, storage and infrastructure (fiber optics and data centers) and cyber security. “

Which IT vertical is in your view in 2019 at number one in terms of consolidation?

“If you had asked me this question six months ago, my answer was the storage market (datacenters and internet service providers). At this moment I have the software market on place one. The high pace at which strategic parties such as Visma and Exact are acquiring is striking. In addition, private equity is far from silent and more and more funds have found their way to recurring IT. A good example of this is Main Capital, which raised a quarter of a billion euros in fresh money from the market in 2018 and is now rapidly phasing out positions and building new positions. “

“Active strategic buyers are the Norwegian Visma that recently added EBPI to its portfolio, acquisition number six in a very short time. In addition, Exact, which moves from Apax to branch KKR, is very active in the market. The acquisitions of Parentix, ProQuro and SRXP followed each other at the end of 2018. Add to that a range of less predictable strategists (Wolters Kluwer that the Hague Evision and Siemens acquired Mendix) and a range of private equity (Main, Strikwerda, Waterland), and there is a very competitive landscape. So for 2019: the software market. “

Where and when do you expect movements in the IT market in 2019?

“In 2019 there will obviously be many movements in the IT verticals of software, managed services and storage. Frankly, I expect that the managed services market will see the large wave of consolidation in the first half of 2019. Strategic foreign players such as ProAct, Vinci, Claranet, Cegeka and Dustin will continue to move on the market through targeted acquisitions (including in the Microsoft domain). Perhaps even supplemented and in competition with local players such as an Odin and Ram. That will be largely known beforehand. “

“Foreign companies and private equity parties are increasingly investing in Dutch IT companies. The market will remain warm in 2019. “

“In addition, a number of private equity parties, for example Holland Capital, Strikwerda, Gimv, Vortex and NPM, will increasingly claim this domain. Data centers will be offered earlier in international auctions, the synergy advantage for private equity is more limited, but 2019 will also be dominated by consolidation. These processes will take longer and my expectation is that this will take place mainly in the second half of 2019. In general – and through the year – the number of transactions in the software market will be remarkably high in the coming year. The various international strategic buyers mentioned above, including parties such as Exact, Visma, ProAct, will play an important role in this. “

Where do you think the Dutch IT market is at the end of 2019?

“I stay that way in my earlier prediction. This year, 2019, is a year of consolidation and 2020 will be the year of the big international IT tickets. Our prediction is that the markets for managed services, hosting, software and storage are then largely consolidated and large tickets have been made. The fact that the managed services market has realized the bulk of consolidation in the first year of 2019 means that the software and data center market is still catching up. In short, my prediction is a warm market in 2019 and cooling in 2020. “

What does your prediction mean for the IT entrepreneur in the Netherlands?

“The multiples will not increase further this year compared to 2018. We see in a number of IT markets that the multiples have stabilized at 5 to 6x EBITDA for limited recurring IT companies (read: project clubs) and between 6 and 8x EBITDA for IT companies with many recurring revenues. At the moment, data centers are still high on single tenant (10x EBITDA), but as soon as the tension that we experienced this summer, on the Dow Jones, through the trade war between China and Trump, the ceiling is there for now. In a number of cross-border deals we notice that parties act more cautiously than in the early summer. The US is now taking a moment of ‘recalibration’. This will continue to Europe. Multiples cool down. I think that the IT entrepreneur with a clear game plan can derive his or her conclusions from this. “

Related: drs Rik Stikkelbroeck about the rise of boutiques in the M & A market.

M&A continues to drive consolidation in Dutch IT market